Since we’re going to talk about the dangers of 5G and discover the things that can be done to protect ourselves against it, we’re going to use a holistic approach in this guide.

This is because the topic is a pervasive one that has an impact on our daily lives.

We will identify the steps for protecting our homes from the cell towers (smaller but stronger ones) which are going to be built around cities and neighborhoods.

We will also discuss how we can protect ourselves from our mobile devices like smartphones, tablets, laptops, and others.

So I am going to discuss all of these step-by-step to make sure that nothing is left out:

Keep Your Distance from Sources of Radiation

I have explained this many times in my previous posts and I want to discuss here once again.

The Inverse Law of Physics is a very important concept to learn in understanding how EMF radiation works.

This law actually states that as the distance from a source of radiation is doubled, the exposure to its radiation (EMF from 5G in this case) is quartered.

Now that’s something that will truly help if you want to protect yourself and your family from the harmful effects of EMF radiation.

According to this law, by moving further away from the source of radiation, you are actually decreasing the damage that EMF radiation may cause at an exponential rate.

So for instance, even just avoiding the habit of placing your phone against your head during a call and using a headset or speakerphone instead makes a big difference in terms of protecting yourself against the harmful effects of radiation exposure.

As the 5th Generation of Cellular Networks (5G) continues to be deployed in more and more cities, you’ll soon find out that avoiding it is going to be more and more difficult.

It’s not only smartphones that are going to be connected but also every other type of 5G enabled device and gadget that surrounds us, like home WiFi routers for example. 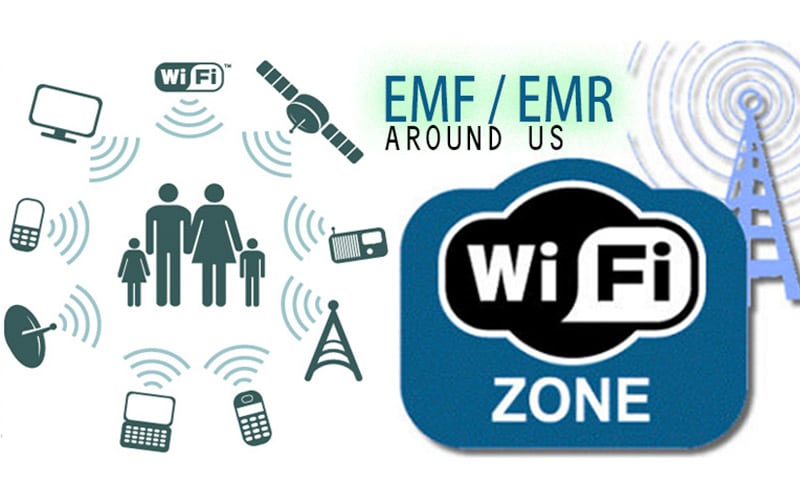 Using The Inverse Law of Physics, creating a distance between 5G radiation and the places you spend the most time are going to be key in reducing your exposure.

This starts with distancing yourself from the devices, gadgets, and appliances that pick up 5G radiation and here are some ways to do this:

There are several other examples that I can include in the list above but it’s going to take over the topic so let me give my takeaway on this subject:

Whenever you have the chance and/or opportunity to distance yourself from an EMF radiation source, do it.

This will drastically reduce the amount of radiation you are getting every day.

This is going to be more urgent as 5G continues to be rolled out further and is becoming more and more mainstream in many cities, so it is better to start practicing these habits now.

Get Your Home Protected From 5G 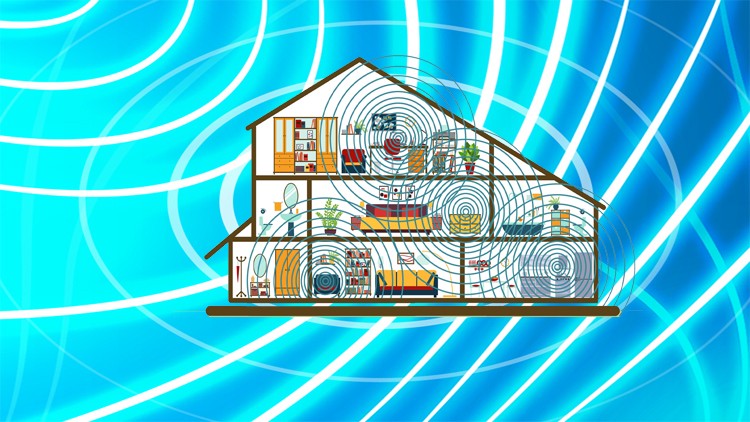 Next we are going to take a dive into how we can protect our homes.

The home is a family’s sanctuary and the place where we relax, sleep and spend happy moments with the people that we love.

Our home may not be the very first place that we can think of when it comes to protecting against 5G radiation but I would like to assure you that 5G is going to reach your place really soon, especially if you’re living in a big city.

5G towers are different that 4G and 3G, etc because they need to be in close proximity to each other in order to reach every subscriber in a wide city.

For example, 4G only requires a single reception tower for a relatively wide area, while 5G uses multiple smaller towers in more areas.

How 5G Will Engulf Your Home

5G is going to use bandwidths that are not currently used by 4G LTE, refer to the above image chart.

These frequencies give it the speed that it needs but, it’s extremely poor in terms of penetrating tree canopies, homes, mountains, buildings, and other barriers.

The current cellular technology that we have (4G LTE) requires large towers but they are spaced apart from each other while 5G will make use of hundreds, if not thousands of small and powerful relays and towers.

So instead of using large structures, they’re going to use several devices on telephone poles, street signs, buildings, and almost anywhere else where they need a reception. 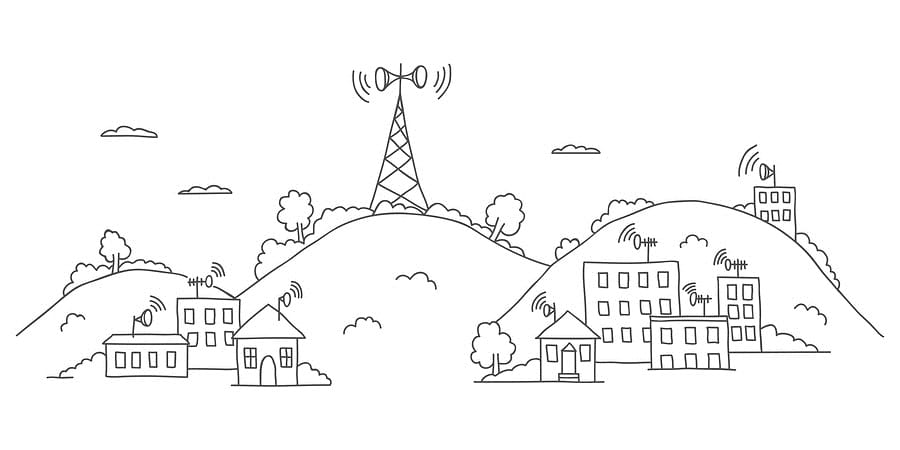 In other words, it is going to be harder to keep the radiation out of your home because these little towers will be everywhere.

The Internet of Things or IoT is going to be much easier to achieve with 5G as it will allow different devices and even appliances to communicate with people, with other machines, and with the Internet.

IoT is now in some homes but most of these devices are already crowding the frequencies that are currently being used so that’s exactly what 5G is going to relieve.

In the near future, it’s not just mobile phones that are going to be connected but even your home appliances, your WiFi router, smart meter, and a lot of other gadgets at home.

So if it’s protecting from 5G radiation that you’re aiming then you’ll need to do your best and be wise on which things you’re going to put inside your home.

Ask yourself the following questions:

These are luxury items, not really necessities and this is a choice you will have to make for your household.

Always think about whether the increased EMF radiation is far more superior than the comfort that these new devices can offer.

5G Routers and Getting Yourself Protected 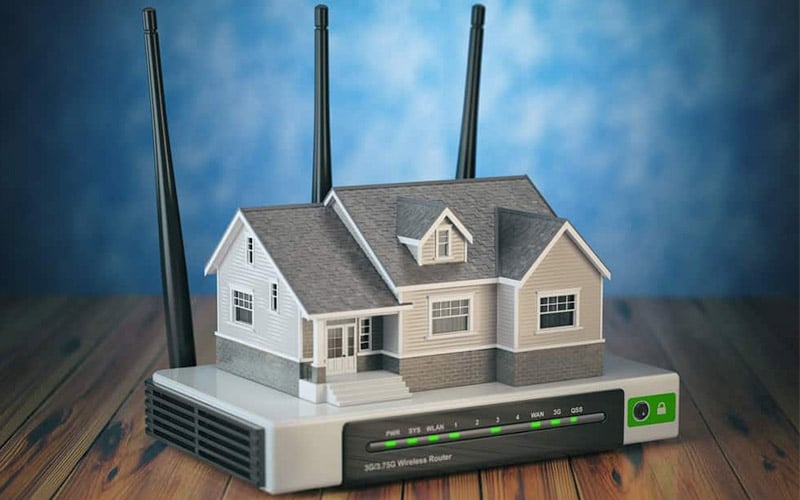 There have been numerous questions coming in from our readers about the new 5GHz WiFi networks that are already in some homes.

Just to clarify on this source of confusion, this frequency isn’t the same as 5G.

It’s actually a WiFi frequency just as 2.4GHz and it’s been used for a long time in homes, offices, and anywhere WiFi is needed.

It has nothing to do with 5G.

5G actually stands for the 5th generation of cellular network and the name has nothing to do with the frequency that this network is going to use.

But this does not mean that the routers which are used at home will not be using 5G frequencies to provide an Internet connection.

Experts even believe that this is going to become common in the upcoming years.

4G LTE can provide faster connection speeds compared to the networks that are found in many homes so, in order to attract more users to 5G, its proponents say that it is going to have 100 times faster speeds than 4G.

It is highly possible that new routers that support 5G frequencies are going to be released in the future or it could also be that the current devices that we have are going to have firmware upgrades so they can support 5G speeds.

But what we would want to make sure is that we are getting ourselves protected from these “5G routers” and devices.

One of the best ways to protect yourself is to get wired internet instead of using WiFi.

This means that you’re still going to enjoy fast internet in most of the devices that you have but exposure to radiation will be eliminated since you will not be using any WiFi router.

There are also several products on the market that you can use to protect yourself and your loved ones from the radiation which your WiFi router emits and I’ve written about them in one of my previous articles. You can check that guide here if you’d like.

Register with us by filling out the form below.